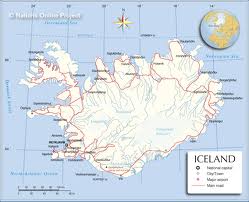 Many New Yorkers say that the best bagels and pizza crust in the world can be found in New York City.  They say it’s the water that makes the bagels and the pizza crust taste so good.  Urban Legend? Scientific truth?  Let’s take a look.

Italian American chef Lidia Bostianch commented about this on a recent episode of her cooking show called “Lidia’s Italy in America”.  Pizza makers in New York City swear it is the water that makes their pizza crust so good. While demonstrating how to make a great pizza crust she said that she has heard of restaurateurs outside of the City shipping New York City water to their restaurants to make crust that tastes like authentic New York City pizza.

New York City water is highly praised by many people, not just pizza and bagel makers.  This is shocking to some people who do not know that New York City’s renowned tap water tastes so good because it is piped from large upstate reservoirs, 125 miles outside the city.  The watershed that supplies water to over 8 million residents per day is well protected.  One of the methods used to protect the watershed was to keep the wilderness in certain areas in upstate New York undeveloped.  The City of New York purchased land through which the water flows.  Beginning in the 1830s, the City of New York created a water system generally considered having no equal in the world.

The water that flows through the pipes in New York City originates in giant reservoirs in the Catskill Mountains. As it filters through many layers of rock and soil before making the journey to New York City, it picks up a number of different minerals and is filtered naturally.

So could it be the water that makes the bagels and pizza taste so good?  In my opinion it is quite possible.  What is fact is that if we pollute the land, we ultimately pollute the water that runs through it.  New York’s desire to protect its water at the source is the key to its success.